Start Here – a transitions diary: MAY

Heading into the final month of school – ever

Harry’s sculptures over the year have earned him an Arts Award from the Universities and Museums of Scotland – the hard work was worth it!

Harry’s last year in school has been against the backdrop of COVID, lockdowns and online learning. Planning and support has had to be done differently and with a month to go there are still plenty of questions about what the future will look like! Harry’s family are continuing to help him prepare for change as best they can and taking one day at a time

“Never cast a cloot till May is oot” is the saying, i.e. don’t take your vest off until the better weather …

Harry has taken a growth spurt, all at once all his clothes seem no longer to fit!  So it’s been a case of hitting the shops (which are finally open) to purchase new trousers, tops, and underwear!

The other momentous event this month of course was Harry voting for the first time.

We had already added Harry’s name to the electoral register and applied for a postal vote (in light of COVID).  I’ve always taken him along when I’ve voted and tried to explain the basic premise of it.

This time around Harry received his own ballot paper and he was keen to understand what the different parties were saying. We found out that not all parties have an easy read manifesto, but the Enable Scotland website gave a brief description to help break down the key points. I’m proud to say Harry took the time to really think before he made his mark on the ballot paper and he posted our postal votes with a sense of achievement.

Harry is still enjoying his weekly sessions with his support worker – the next step is going to be focusing on tidying up as you go along, as the kitchen tends to look like a bomb has exploded.  We are also planning a few sessions where he has to go shopping and budget buying his ingredients for his meal. Luckily we have a supermarket just 5 minutes’ walk from our home, so it’s quite accessible.

The other big focus this month has been travel training.

Harry’s progressed from meeting the Local Area Coordinating Team worker at home to meeting him at the bus stop (which involves crossing a busy main road), and getting more practice at judging the difficult decision about when to press the bell on the bus to allow himself time to move to prepare to get off.

Harry feels fairly confident that he knows the route to college now, which is a big bonus. But can he apply that learning to other routes?  Time will tell.

We heard Harry has a place on his Steps to Independence course which he’s happy about but also very nervous.

He has lots of questions: what classes will I go to? what rooms will they be in? how will I find my way about?  Where do I go for lunch? I’m going to be the youngest again … I won’t know anyone!

All very valid questions, that unfortunately I can’t answer for him at present as there seems to be a real lack of information forthcoming.

On another note we also heard Harry passed his Arts Award – which was very validating that all his hard work was worth it.

Keeping friends after you move

Another big question Harry has been wrestling with this month is how to keep in touch with friends once he leaves school.

Some of his friends use Facebook, Instagram and Whatsapp, and Harry hasn’t used any social media up to now.  I’m very nervous about his vulnerabilities being exploited, and I’ve started to look for some resources to support him to use these apps, in a sensible way, to communicate.

Getting started with the Big Plan

May has also been the month where the Big Plan has been prompting Harry to think beyond school and college to what he wants in life – what will make his life purposeful and good for him?

Harry’s dreams are fairly simple. Eventually he would like to share a flat with his friend from school. They would like to do some online gaming together and have their own YouTube channel showing them playing. They would love a cat that they could cuddle. He would like to have a job that would allow him to be part of the cleaning team for the Council as long as he could have a litter picking stick and a brush!

For me as Harry’s mum I’ve been concentrating on keeping on top of the admin and financial matters for Harry, as I have both welfare and financial guardianship.  I noticed Harry’s PIP money had not come into his bank account, so rang up to ask why?  It appeared that some kind of computer error had occurred which had stopped his money!  Luckily it was a fairly easy fix and his award was reinstated and his payment was in his account within 7 working days.

It did make me wonder though how he would have coped had I not had guardianship in place?

End of an era

I can’t believe we are almost in June – the very FINAL MONTH OF SCHOOL EVER! Harry is like a pressure cooker of emotions just now, up and down like a yoyo. Sometimes he’s happy and excited, other times tearful and confused.

It’s hard to console him that the usual school festivities can’t take place – no prom, no leavers’ presentation (well not with parents present, anyway). It’s a very subdued end to his secondary education.

The other thing we found out this month is that Harry has a chromosome 18 deletion, which ties together his childhood epilepsy, learning disability, delayed puberty and physical stature.

Initially this left me feeling like I’d been run over by a steamroller but after a few days of reading it was like jigsaw pieces all falling into place.

Ultimately it doesn’t change who he is, it’s just the invisible thread that draws all these parts of him together.

Sometimes just having an explanation can make all the difference to how you feel. 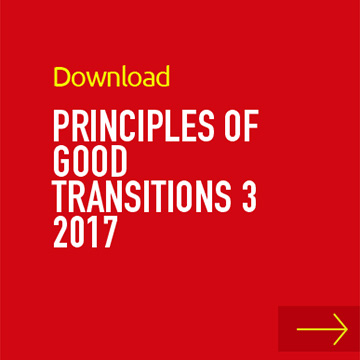